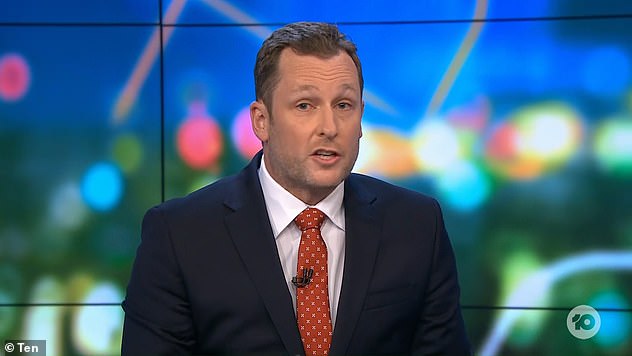 According to his law firm, political commentator Peter van Onselen is “turmoiling” the struggling television journalist who is suing Network Ten for workplace bullying.

Tegan George, 37, has been hospitalized for months with mental health issues since launching a lawsuit in February alleging she was kicked out of Ten by the station’s ‘toxic atmosphere’ in Canberra.

The acrimonious row spilled onto Twitter, with van Onselen apparently making provocative and pointed remarks about the case on the social media platform.

He is accused of having cast doubt on his accusations, of having described his trial as “frivolous” and of having questioned “hospitalized” people who “detailed the journalists”.

Mr van Onselen has continued to target Ms George with social media attacks and erroneous public comments on the subject since the proceedings were initiated,” his lawyers claim.

They allege the TV analyst’s remarks were made “despite a directive from Network Ten prohibiting staff from bullying or harassing people on social media”.

Ms George’s lawsuit claims Ten failed to establish a safe working environment for her in the office, and Van Onselen, 46, is one of several senior employees mentioned in the lawsuit.

Ms George has been on furlough since June after the incident left her sick, unable to sleep and ‘stressed to the point of incapacitation’, according to court documents.

Her petition also claims that she made fun of her for taking sick leave.

Mr Bornstein said: ‘The management of Ten didn’t want to hold back Mr van Onselen.’
‘Peter is *** crazy about bats, but we just have to get used to it,’ editor Anthony Murdoch reportedly told Ms George, according to initial reports.

According to court documents, the TV executive said ‘the office has always been toxic’ and she ‘should learn to live with it’.

According to the lawsuit, Ms George tried to handle the issues directly with van Onselen, but he escalated the matter to senior management.

Van Onselen reportedly later informed her that he “didn’t give ***” about how she felt.

Other alleged statements made by senior executives to or about Ms George, according to court documents:

• ‘What exactly did you do today?’ ‘Do you like painting your nails and drinking herbal tea?’

• “I’d have my fucking brain checked if I had that many sick days and headaches.”

Ms George further alleges that she was shunned and excluded from coffee sessions with van Onselen and other colleagues.
“After Ms George went to court, he began to criticize her publicly, causing her great grief.”

Van Onselen is said to have fanned the fires of the lawsuit with remarks online shortly after several reports about the matter appeared in Daily Mail Australia, sparking the recently widened legal action.

Van Onselen allegedly retaliated on Twitter after the initial facts of the case were published, which included claims that journalists were ordered to develop his brand.

“They sometimes talk more about who is pointing the finger without providing any evidence.” “Most of us don’t have enough information to make any kind of judgment.

According to lawyers, he followed up with another tweet on May 18.

He allegedly tweeted, “Frivolous abuses by the Federal Court really need to be stampeded out…” The tweet disappeared.

Later that day, van Onselen allegedly “publicly humiliated Ms George” during her hospital stay, which they said was “the result of her treatment”, according to the law firm.

‘Have you examined whether the hospitalized person collects information for journalists? Attract people’s attention. When alleged parliamentarian rape victim Brittany Higgins confronted him during the row, he tweeted: ‘Very genuine question’.

In an apparent dig at Ms George’s, he also made several references to coffee.
In light of the recent controversy, her legal statement has been updated to include allegations that Ms George was further victimized as a result of exercising her right to sue under the Labor Act fair.

They also added additional allegations that Ms George was forced to work in a hostile workplace, in violation of the Sex Discrimination Act.

She is also seeking a court order requiring annual victimization, bullying and gender imbalance training at Ten, as well as monitoring.
Bornstein said the Fair Work Act provides crucial protections for employees who report problems in the workplace.

“Ten seems to believe that Mr. Van Onselen is more important than other employees and that he is allowed to do whatever he wants, regardless of the repercussions,” he added.

“In this case, the network’s inability to act as a responsible employer is exceptional.

Ms George started her career at Ten in 2011 and in 2019 she was promoted to the Canberra office.

The statement alleges Ms George suffered repeated incidents of retaliation after initially complaining to van Onselen in February 2020.
Ms George claims she was told van Onselen wanted an explanation from her for ‘hurting her feelings’ when she met management a week later.

He reportedly avoided dealing with Ms George after that and told her to work at a separate office.

“I look forward to fully revealing the truth of these extremely vexatious allegations as soon as I am able to do so,” van Onselen told Daily Mail Australia last month.

The network says Ms George took the text messages out of context and editors, including van Onselen, ignored, undermined or ridiculed her.

Ms George’s legal defense also claims she refused to cooperate with the sexual harassment investigation, but disputes that she was threatened with disciplinary action.

They also dispute the allegations. Ten denies that van Onselen mentioned Ms George in previous tweets from 2021 and claims that van Onselen provided support in the form of improved working conditions specified in text conversations delivered to him in 2020.

Ten will respond to additional charges at a later date.

↯↯↯Read more on the subject on TDPel Media ↯↯↯ 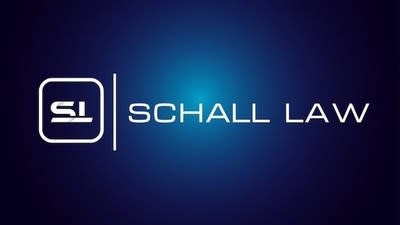